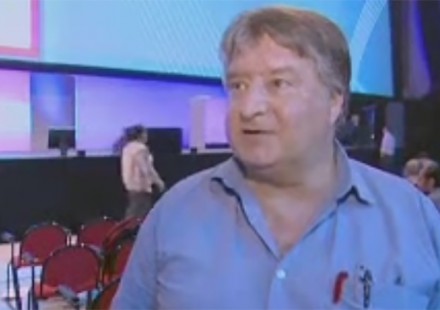 Testimonials Andrew Reynolds – What others say about him 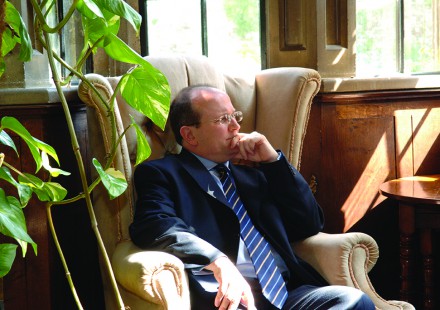 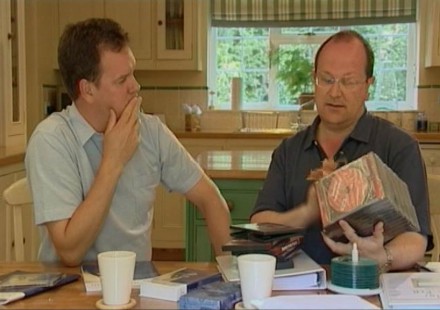 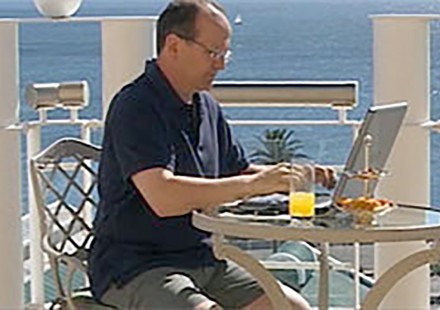 Andrew Reynolds debunks the media hype regarding the recession

Andrew Reynolds But that was minor. I’ve had these other emails.

A guy is talking about the economic conditions are not favourable. “Andrew, the credit crunch, how will it affect the programme?”

One from Tony “This all adds up to be a complete nightmare given the economic situation at the moment.”

“Sorry Andrew” this is from Barry… “Sorry Andrew, but in these dark, credit crunch/economic downturn/recession times, do you really expect anybody to make any money?”

They’ve been sitting indoors, watching that big screen. This is like Big Brother in 1984. They keep feeding us this stuff.

Andrew Reynolds then presented a montage of TV news footage

If you’re sick of doom and gloom apologies in advance, there is plenty more to come.

This is as you know the most difficult and testing time.

Today’s events are frankly unprecedented. This is no dodgy hedge fund or murky private equity company, this is the fifth biggest lender in the fourth biggest economy in the world and the notion that savers up and down the country would be queuing up to take out their savings is frankly unthinkable. The stuff of financial nightmares but it’s really happening.

The announcement the Government had wanted to avoid at all costs. Northern Rock, until recently the fifth largest mortgage lender in the country will become the property of the Treasury.

On trading floors across London, brokers and traders fought to minimise the impact of Lehmann’s collapse, but at Lehmann’s headquarters in Canary Wharf there was no damage limitation. The damage had already been done and all the staff could do was wait to be handed their P45s.

At the pre budget report in the Autumn the forecast was for things to be bad, but not this bad.

On the trading floors, turmoil.

Share prices continued to tumble in the aftermath of the Lehmann collapse.

Gordon Brown having said he’d ended boom and bust is actually going to give us one of the biggest busts this country has ever known and he is not even being straight with people about how long it’s going to last.

Retailers have taken a real battering during the credit crunch as consumers have stayed at home and suppliers, creditors and landlords have tightened their grip. Dozens have already gone bankrupt but the loss of MFI and Woolworths which between them employ over 31 thousand people would be a severe blow to Gordon Brown, coming the very week he’s tried to inject confidence into the high street with a cut in VAT.

We all knew it was bad but didn’t know until now how quickly it became very, very bad.

Well this looks very much worse than people were expecting and it confirms that we are facing the worst recession for a generation.

Meltdown on the high street. Woolworths and MFI the latest casualties. Once iconic brands, tonight both have been forced into administration, the latest victims of Britain’s credit crisis.

Andrew Reynolds It’s nothing to do with it, it’s just their interpretation of it. Woolworths has been in trouble for years. This is their share price, look at it, 04, 05, 06, 07, 08, they have been on a downward spiral. Why? Because they weren’t offering people what they wanted.

They had an outdated business model; they weren’t offering the products that people wanted. I bet if we did a straw poll in here about how many people bought pick and mix in the year before Woolworths went bust, you would find a very tiny number of people in the room. They didn’t have what the customers wanted, they were out of touch with their market, they had poor management, the company went out of business. Nothing to do with the recession, this is all media hype.

Andrew Reynolds MFI, the latest victim of the recession. Nonsense. Here’s their share price back in 2005 taking a dive. In 2004 MFI lost £40 million. In 2005 they had an operating loss of £85.1 million. In 2006 they were bought out for a quid. That’s how bad business was. In 2008 the management bought it out and then quickly went out of business.

It’s nothing to do with the recession; they keep feeding us this stuff on the telly because the media don’t make money by giving us good news.

They like to have us tucked up in our little houses looking at our little screen, scaring the crap out of us.

Andrew Reynolds You don’t see the good news on the telly, but there is loads of it out there. Butlins. Butlins is having a great time at the moment because people have been fed all this nonsense, they are not going abroad because “Oh there’s a recession on, we’d better not have a holiday abroad, we’ll go to Butlins.” So Butlins are experiencing a boom.

Poundland, the one pound shops. Their pre tax profits last year rose by 103%. Their plan is to open 40 new stores and create 1500 new jobs. I haven’t seen that on the TV.

Online shopping, I haven’t seen this on the TV. Online sales are up by 15.7%, it’s not all gloom and doom. UK online buyers spent £4.2 billion in July, billion pounds.

Forrester Research were the big research company on the internet, this recession will hit online sales less hard than any other channels as people shop online to find better prices and save on fuel. And some of the highest sellers online over the past year have been books and DVDs. If you are a subscriber to Andrew Reynolds Cash on Demand course – what have I been recommending that you sell?