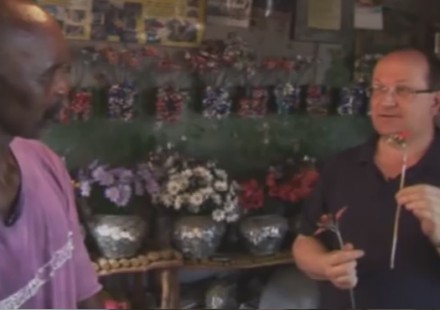 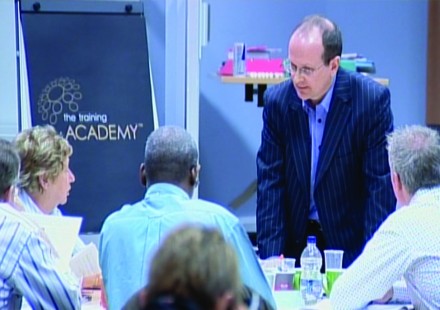 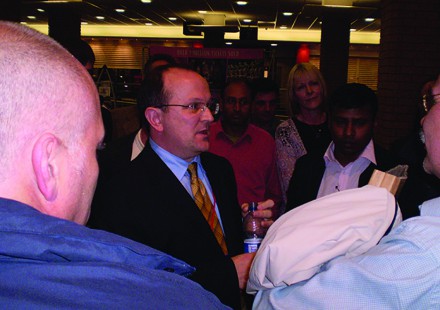 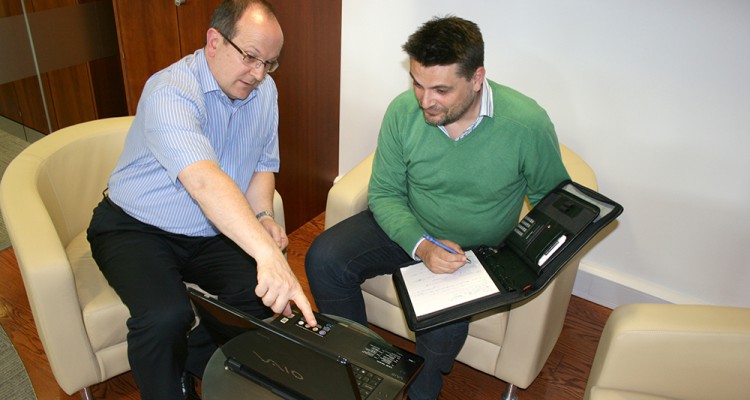 Multi-Millionaire, Businessman of the Year Andrew Reynolds Coaches Through His Cash on Demand Home Study Course and Through Workshops and Bootcamps…

Since Andrew Reynolds was a child…this is personal to him but important in the context to you…he has been petrified of water. He couldn’t swim. If he got into deep water he knew he would drown. Well, kind of a dumb thing to do maybe, but Andrew bought a house with a pool…it was for his kids.

His kids took him into the pool but he just edged his way along to the deep end. He couldn’t let go of the edge. Then his kids said, “Right, now let go, dad.” He was petrified. He had a choice. He had come to a fork in the road. Andrew’s thoughts were running along at 90 miles an hour, like, “I’ve got so many years of my life left. I’ve got this bloody house with a pool now. If I fall in that pool when I’m out in the garden one day, having had too many brandies, I’m gonna die.”

Here’s what Andrew Reynolds did. He found a swimming coach. He found someone who knew what they were doing and they taught him. This guy came around to the house and spent a couple of hours with Andrew, for a fee of about £100. He got him into the pool and within two hours he had Andrew putting his head under water…which he’d never before been able to do. As he says, “I couldn’t have water on my face. I hated it. I was so petrified. And he got me in a position where I could go under water and put my head under the water and I was comfortable with it.”

At the end of the two-hour swimming session, at the coach’s suggestion they sat down for a coffee. Then the swimming coach explained that even though Andrew had overcome his fear of water enough to put his head under, they still needed to do some work on it. As he explained he’d taught Andrew the basics of breathing so that he could go under water and not panic and not die. So, that was a good foundation. However, to really get rid of that fear of water, Andrew would have to learn some other techniques. There was also the basic ways of swimming, the backstroke, crawl and breaststroke.

One of the techniques the coach used on Andrew Reynolds to get rid of his fear of water was pretty extreme… He got Andrew to lie on the water, expel all the air from his body so he floated down to the bottom and then the coach stood on him for two minutes. He said, “I’ll get rid of that fear.”

This is the point Andrew Reynolds makes for his Cash on Demand students. After the two hour training session in the pool, that coach spent about five minutes explaining to Andrew that if he wanted to learn to swim…if he wanted to do the more advanced stuff, like all the strokes and the breathing techniques, the whole works he would obviously need more than the two hours of basic training. In fact, the swimming coach went to Andrew’s house once a week for two years. It cost Andrew Reynolds a lot of money to have this guy coach him, but as a direct result of that coaching, Andrew can now swim.

So how does this experience of overcoming a fear of water and learning to swim, relate to the people who want to become millionaires? This is how…some people, some students of the Cash on Demand course, are so petrified when they come to launch their first project. And they go to people like Andrew Reynolds and say, in effect, “I can’t swim. Therefore I won’t go in the pool”.

For instance, some people say, “I don’t know how to do a website”. So, when Andrew Reynolds or another coach starts talking about that stuff, they don’t listen to any of it. They make the supposition that because they don’t know much if anything about websites, it’s better to forget about starting any kind of project or business that needs a website. Why? All you need to do is to learn. All you need is a coach who DOES know about websites and they can TEACH YOU.

This is what Andrew Reynolds sets up in his workshops and boot camps…he hand-selects some speakers and coaches to explain the basics of different methods of making money. They get the students to turn in the water…to get their face under the water…until the fear has disappeared…they teach the basic strokes.

Obviously Andrew Reynolds did not ask the swimming coach to come to his house once a week and teach him for nothing. He paid him. It’s the same with the coaches at the workshops and boot camps. They give a free session but at the end of their presentation, they spend five minutes talking about any other products and services that they have to offer you which will teach you other techniques over and above the basics.

So Andrew Reynolds advice is that if you enjoy the basic training from a speaker, if there’s one particular guy and you think, “I really like what he’s doing. I’d like to follow through on that,” then see what he’s got on offer for you at the end of his session. Because if you want more than to…overcome your fear of water…to dip your toes in the water…if you are keen to move on and do additional things, you need that extra coaching.

In the Cash On Demand course by Andrew Reynolds, you will learn the basics – you’ll be able to get in the water and swim. For those students who then want to go on to the next level, there are other face to face coaching courses available later.